Rapidly changing technological and scientific environments pose the challenges, which require “adaptability” of our knowledge with the skills of the future. One of the most important emerging technology of the recent times is the Artificial Intelligence (AI). The Artificial Neural Network (ANN), foundation of AI, has entered into the field of scientific computing and is set to become new paradigm in modeling and computation. The concept of ANN is inspired from the massive, hierarchical neural network in the human brain. The salient feature of the ANN is its ability to mimic the analytical relationship between input and output. This is possible by adjusting the (hyper)parameters of the ANN during training procedure against known input and output pairs. The use of ANN is giving rise to new field called data-driven techniques. The aim of data-driven techniques is to allow the system to learn and to train from the data rather than to create and solve a system of equations.

The data-driven techniques have brought alternative approaches in the field of numerical analysis. Usually, classical numerical analysis methods require to solve a system of equations, based on an alternate form of governing physical equations. In the data-driven techniques, the system aims to compute the solution field as minimizer of a loss function. As an example, one of the interesting variant of data-driven techniques is Physics Informed Deep Learning, described in [3],[4]. In this approach, the ANN is used to minimize the residual based on the governing conservation equation. It was demonstrated that such ANN can be used either to compute the solution field or to learn the parameters of the system. The successful results proved that Physics Informed Deep Learning can become an alternative to classical methods.

In Model Order Reduction, another area of scientific computing, various data-driven approaches have been proposed as an alternative to the projection based approaches [2]. The biggest difference between projection based approaches and data-driven approaches is the non-intrusive nature of the latter. Non-intrusive methods are preferrable in the context of industrial applications. Besides, assembly of system of equations was eliminated adding to the significant speedup of the reduced order model.

Despite the promising results and important advantages, data-driven approaches, in their current form, cannot become fully reliable alternative to classical methods such as Finite Element Method. The classical methods have rigorous mathematical background and have been successfully applied to the problems of varying degree of complexity. Besides, as a recent SIAM news article [1] explained, the deep learning methods face some of the major challenges in the context of scientific computing. For example, generation of data and training of ANN can be very expensive or the integration of deep learning libraries with data from other open-source computing libraries may remain a challenging task. The trend that needs to be observed is whether the developments in the areas of mathematical theories, algorithmic efficiency and increasing hardware capabilities, will make the data-driven techniques robust and more acceptable within the scientific computing community. As an Early Stage Researcher, it is a matter of clear professional choice : whether to invest into a quickly emerging field with many known unknowns or to opt for classical approaches due to their reliability and availability of references. A choice that lays foundation for the skills of the future or a choice that matches with seemingly sustainable and reliable career path.

Nirav Vasant Shah is an Early-Stage Researcher (ESR10) within the ROMSOC project. He is a PhD student at the Scuola Internazionale Superiore di Studi Avanzati di Trieste (SISSA) in Trieste (Italy). He is working in collaboration with ArcelorMittal, the world’s leading steel and mining company, in Asturias (Spain) and Technological Institute for Industrial Mathematics (ITMATI) in Santiago de Compostela (Spain) on the mathematical modelling of thermo-mechanical phenomena arising in blast furnace hearth with application of model reduction techniques. 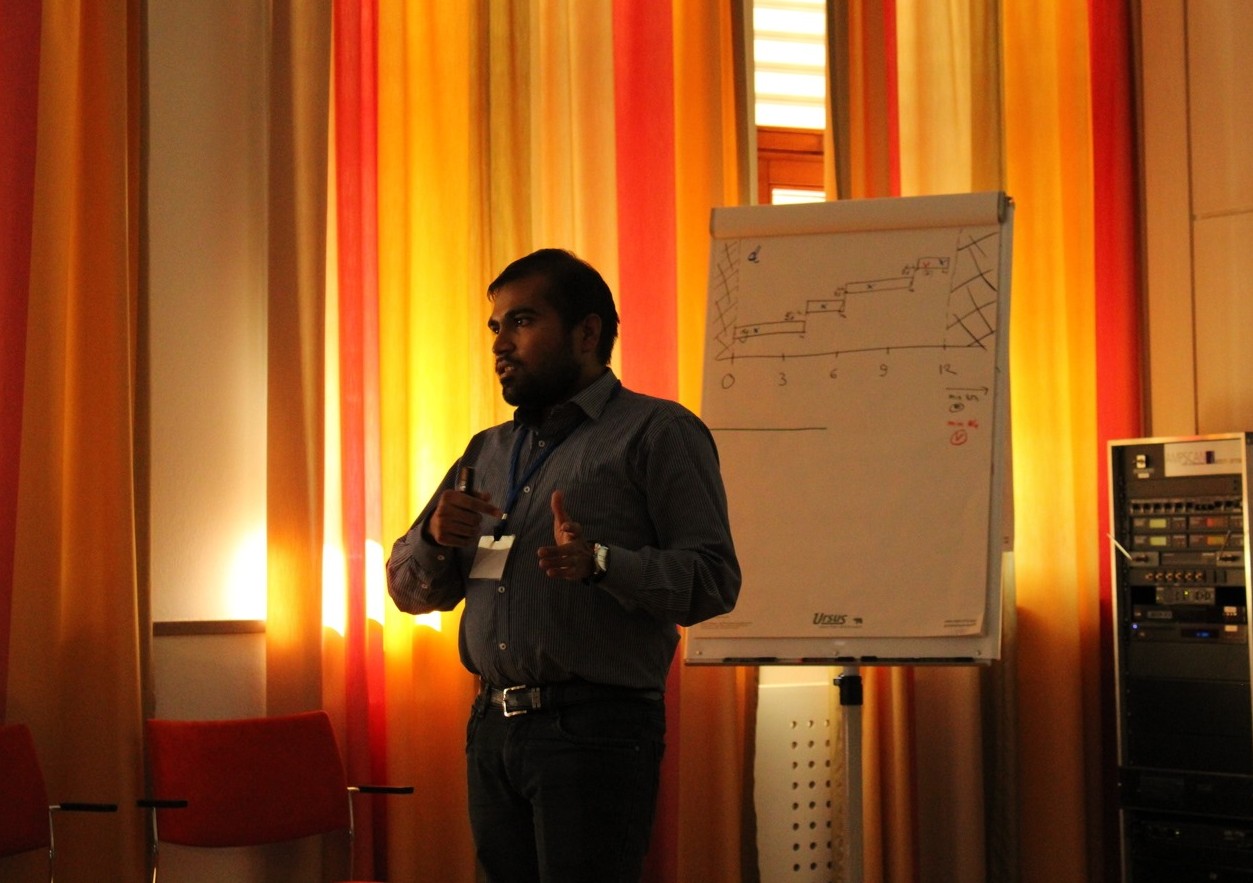